I want you to take a quick trip with me. Time to put on your imagination caps, and follow this analogy that occurs to me following last night's (9/30/15) Bass Workshop Group's fall meeting. In this meeting we spent over two hours discussing the issues facing Mille Lacs Lake. We were shown numbers and graphs and charts, etc. A discussion followed, which got heated at times, but always came back to one thing…

Now for the imagination part.

Imagine for a moment that there is a man who commutes in his car 45 minutes each day to work. When he is done working, he commutes 45 minutes back to his house. He takes this same route everyday, day in and day out.

One day he discovers a short cut. This short cut allows him to get to his house in 30 minutes instead of 45. Great news! The man now has an extra 30 minutes each day to relax, spend time with his family, or get his household responsibilities handled. A great success for sure.

One day the man gets a call from home. There is an emergency, and he has to get there as soon as possible. When the man runs out to his car, he notices a helicopter parked next to his vehicle. Inside the helicopter there is a pilot waiting with the engines warmed and ready to go. He shouts to the man, "Sir, I'm here to take you to your home! Hop in...it's a 3 minute flight from here!"

The man pauses. That sounds like a good idea, but he knows that he can get home in 30 minutes if he takes his car.

After the man hesitates, the pilot shouts back, "Sir, it takes too long, and there are too many variables along the way. You could hit traffic, you could get stuck at the lights, you could get behind an accident, or worse yet, be in an accident yourself! I can fly straight there, over the trees and traffic...over the stop lights."

The man thinks on this info, and realizes two things:

1. The pilot is possibly correct. There might be variables that get in his way. Come to think of it, they have always been there, and maybe it hasn't always been 30 minutes on the nose. Sometimes is may have been 25 minutes, and others 35, but one thing is for sure: his new shortcut is better than his old route, so his new method has proven to be the most efficient.

2. One thing is certain, at the end of the drive home, his house was always there.

With this new perspective, the man decides that the obvious choice is to take his car. While the helicopter seems like a fast and efficient solution, his data does not support the pilots claims that he can get him to his house. The pilot is a new variable, and this variable may change the data. How can the man be certain that his house will be there if he take the helicopter? Maybe the fact that he drives home is why the house is there waiting for him.

The man tells the pilot that based on his historic data, that he must drive home. He does assure the pilot that if he can prove that his house will be there by taking a helicopter, he will consider it carefully for future reference.

The man drives home. He gets stuck at a light, he gets behind a school bus dropping off kids, and finally makes it home after 42 minutes of driving.

His house is burned to the ground. The helicopter pilot is eating a sandwich outside of his landed aircraft and is holding a sign that reads "I told you so"

The morale of the story is simple, both modes of transportation was a means to an end. It doesn't matter which he takes, he gets to the same destination, the house is a constant, not a variable. Making a decision based on the best outcome is the best choice. In this case, getting to his house quickly was the most important factor in a happy outcome.

Despite everything that we continue to tell the DNR in our meetings, they continue to rely on data collection. We learned last night that the data used for smallmouth comes from gill nets. We also learned that the DNR fully admits that gill nets are terrible ways to test smallmouth population numbers.

Let that sink in for a second. 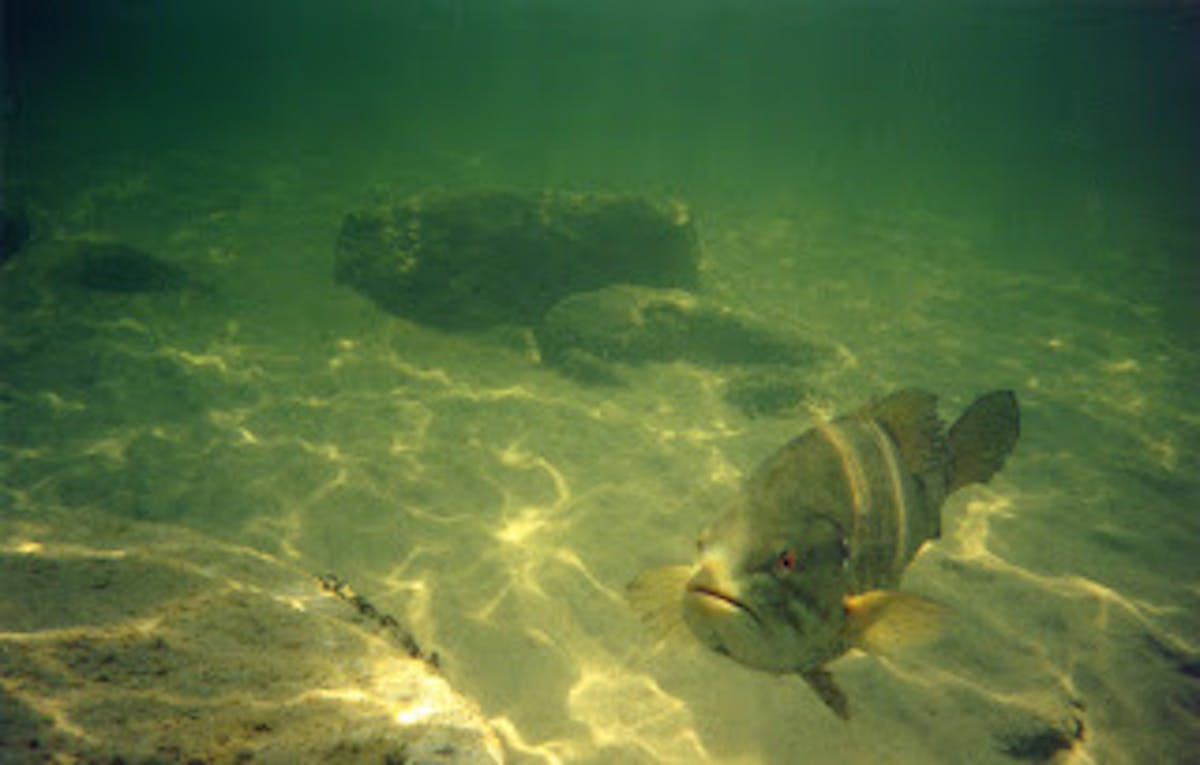 Basically, the DNR population estimates take into account about 50 total fish, which average 1.7 pounds each. This, as anyone who fishes bass on Mille Lacs will tell you, is in no way indicative of the fish swimming in that lake, and it doesn't take too much critical analysis to realize that they have no records of larger fish. In my years of fishing Mille Lacs Lake, I have maybe caught 50 fish under 2 pounds, and I'm not sure that number isn't higher than it should be.

From these 50 fish, the DNR estimates that the population is not only healthy, but increasing. Yes, increasing, despite the ridiculous harvesting that is going on on the lake right now.

They are not willing to change the current regs this season, so while smallmouth fishing continues to be catch-and-release only in every other part of the state, it is fully open on Mille Lacs. While they haven't decided on whether or not walleyes will be open through the ice, they will keep smallmouth open.

The house is buring down, and they are stuck behind a bus.

While I won't relive all of the detail of last night's meeting in this article, I will say that we have an uphill battle to climb, but I think we got their attention.

In the meantime, please let us know of any DNR officials who encourage anglers to keep the fish. The DNR continues to deny that this is happening, but we have heard from countless of you that it does. When it does, please get the officials name and get us the time and date of the incident!

The fight continues, but we are hopefully making some progress!