What are the chances of losing two front graphs off the bow of your boat?

Then what are the chances of them being recovered and returned to their owner? 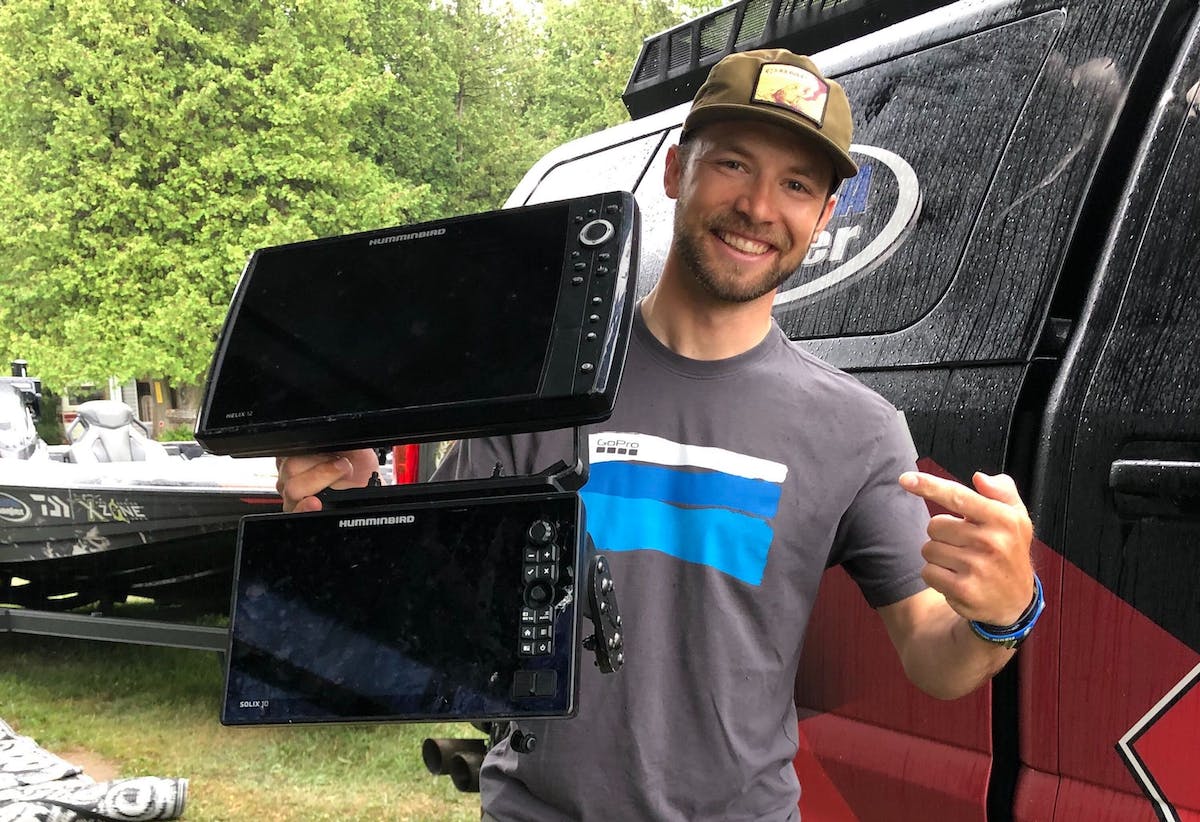 Some might have reacted to the news like Bassmaster MC, Dave Mercer, did when he heard Seth had lost two graphs into the depths of Lake Champlain… Speechless. It’s not every day you hear of two graphs being sheared off the bow of a boat after hitting a wave, let alone being found...

That’s exactly what happened to Seth Feider during the most recent Bassmaster Elite Series Event on Lake Champlain!

There were 30 minutes to go on the 4th day of competition and Seth was battling it out at the top of the leaderboard. Pushing for every last minute of fishable time, Seth had to get back in a hurry. The problem was that Champlain decided to start blowing… and blowing bad.

Flying over four-footers was a necessity to making it to weigh in on time, which can leave room for hitting a wave the wrong way. Seth found himself clenching the steering wheel on several occasions, but one particular instance took a blow to his equipment.

“After the first blast of water passed from hitting the wave, I was still getting sprayed bad while making the run and couldn’t figure out what it was until it stopped” Feider said. “I looked around the dash and saw that my graphs were completely gone.”

The graphs hung on by the cords for a short while before they fell off an estimated eight miles from takeoff in the Inland Sea. So how do they end up in the hands of tournament champion Brandon Palaniuk?

As the story goes… Brandon received a text from someone he met at the 2011 Bassmaster Classic that still had his number and hadn’t talked with since… That person has a co-worker whose parents live on the lake and had the graphs wash up on shore of their property.

Wait, what? Wash up on shore? How are they not at the bottom of the lake?

If you think about the design of the Humminbird depth finders, they are sealed tight to keep water out. In this case, the seals kept air in to give the units some buoyancy. Mix that with the large surface area of the screens and it took no time for the current to push them a far distance.

Now that they had been recovered, the real test in their waterproof capabilities is do they still work?

When Brandon got back to his camper and boat, he of course plugged them in to see if they would start back up. Seth’s front graphs consisted of one Solix and one Helix unit. The Helix fired up right away and the Solix… R.I.P.

The chances that any piece of technology would survive that kind of beating is unthinkable. “I think it’s some kind of omen that the Helix is working after that, I feel like I need to strap it back on and finish the season with it” Feider said.

The graphs are set to be returned to Feider at the next Elite Series event on Lake St. Clair that is scheduled to run August 20th -23rd.